To Cut Or Not To Cut. . . Is this really even a question?

I am well aware that circumcision is a topic that many are not comfortable thinking about, let alone discussing. I also know that when I was first looking into facts, actual facts, about the pros and cons . . . I found more personal opinions than anything else.

This all started for me when I found out I was pregnant, even before I knew I was having a boy. A friend of mine posted an episode of Penn & Teller's "Bulls***" on her Facebook page.
It was a documentary on circumcision, and while it didn't make up my mind for me . . . it sure did raise some questions that I was determined to find the answers to.

I hadn't even considered (gasp) not circumcising my child! After all, it is just what is done, right?

Before you watch this . . . please be warned that there is some harsh language and some of the scenes are very tough to watch.
Penn & Teller: Circumcision is BULLSH*T (video found on YouTube)

So here is where my journey started. I asked friends and family what they thought. I Googled circumcision. I watched countless videos. Wow! The information I got back ranged from the pros . . .

"It reduces the chance for infections"
"It's just cleaner"
"We did it because his daddy was."
"Un-cirq'd guys look gross"
"He will hate you, if you don't"
"We didn't even think about it. Our Dr. just did it"
"I would rather he has it done before he remembers the pain"
"I don't want him to be different from all his friends. That would be embarrassing"
"It's a personal choice"

Notice that one of the answers is the same in both the pros and the cons? It IS, in fact a personal choice. But not in the way you may be thinking.

Personal Choice - A decision that YOU make, that affects YOU. It reflects YOUR opinions/views and is not forced upon YOU by anyone else.

If you agree with that definition, then you have to agree it is not your decision as a parent, rather the decision belongs to the child. Now obviously an infant cannot sign a consent form, but they do say no. They say no with every fiber of their being. Just because they cannot yet speak, does not mean we shouldn't pay attention. When a baby protests that way in any other context, we stop what we are doing. . . Immediately. Right?

NO ALWAYS MEANS NO.

After talking to my mom about my intentions to keep my son intact*, she told me I should really think about it, because he would be different from the kids his age . I found so many articles debunking the myths of circumcision, and I decided to send her a link much like the one below. This was the tipping point for me. After reading it, she admitted she hadn't thought about most of the points in the article before, and better yet, she AGREED with me!

I was no longer battling this alone, and I helped open someone else's eyes, just like mine had been. It was then that I decided that I would talk about circumcision openly and often, in the hopes that other parents would pause before making an irreversible decision, that isn't theirs to make in the first place.
(*un-circumcised implies that something was not done that should have been, so it is called intact)

The above timeline can be read in detail at the link below, including sources
Medicalization of Circumcision Timeline here...

If you are reading this and have circumcised your son, please know that my words are NOT a judgement. We all do the very best we know how. We have all been mislead, and we cannot change the past. Hopefully, if you are pregnant, or plan to have any children in the future, you will think back to this post before making a rash decision. Pretending you didn't read this will not make any of the facts untrue. It will just make it easier for you to sleep at night. Maybe.
If all of this information is overwhelming, I have put it in some simpler terms HERE 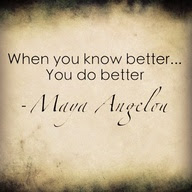 I will leave you with one last thought, for now. . . If you could not bear to watch that video because the babies screaming are too much for you, think about that for a second.

Popular posts from this blog

License to fly . . . even as a passenger

March 10, 2013
For the past 13 years, I have been traveling for work. In that time, I have become increasingly less tolerant of poor traveling etiquette. There are some general rules, albeit some of them unspoken, that ALL passengers should have to commit to memory before they jump on their next flight. Nowadays, there are very few people that have  never  flown. However, if you happen to be an airline virgin, this should only serve as a study guide before you book that inaugural flight. For those of you that have flown at least once in the past 12 years, none of this should come as a surprise to you.  If it does, I dedicate this blog to you.  Every domestic flight has the same rule. . . you are allowed a TOTAL of two carry on bags. Not two and a purse, not two and a backpack, not even two and a guitar. TWO.  If you have two bags, one is really supposed to go beneath the seat in front of you, and one above. Honestly if it's small enough, even if you are only carrying one b
Post a Comment
Read more

March 22, 2013
There have been a lot of changes here at the homestead recently, and I have had to take a mini-hiatus from RoShamBaby. This is a big weekend full of excitement, so I will be sure to update soon. Until then, I figured I would leave you with a smile. My Cousin's little cutie pie, Juliette. LOVE
Post a Comment
Read more